When moving to Estonia one might ask: am I relocating to a Scandinavian country, a Baltic state, or a Russian republic? Will I end up in Northern Europe, or in Eastern Europe? Often, the answer to this question depends on who you ask – and it speaks to the great many cultural influences that make up this small country of barely 1 million residents. What most people seem to agree on though is that Estonia is one of the most digitally advanced countries in the world, and is currently one of the better places in Europe to move to in order to work and find good living standards. For people moving from abroad the choice of destination is generally quite simple: Tallinn, the capital city and economic hub of the country which has been dubbed “the Silicon Valley of Europe” or Tartu, which hosts the famous Tartu University and is considered to be a student city with its own rich history. There are other cities as well, such as Narva which has a majority of Russian speaking population, and Pärnu which is the traditional “summer capital”. Pärnu really livens up with various festivals and music events during the warmer months (of which there aren’t that many!) For a newcomer though, it’s probably best to stick to Tallinn or Tartu when first relocating here. This article will look at three big concerns for any expat looking to move to Estonia:

Let’s get into it! 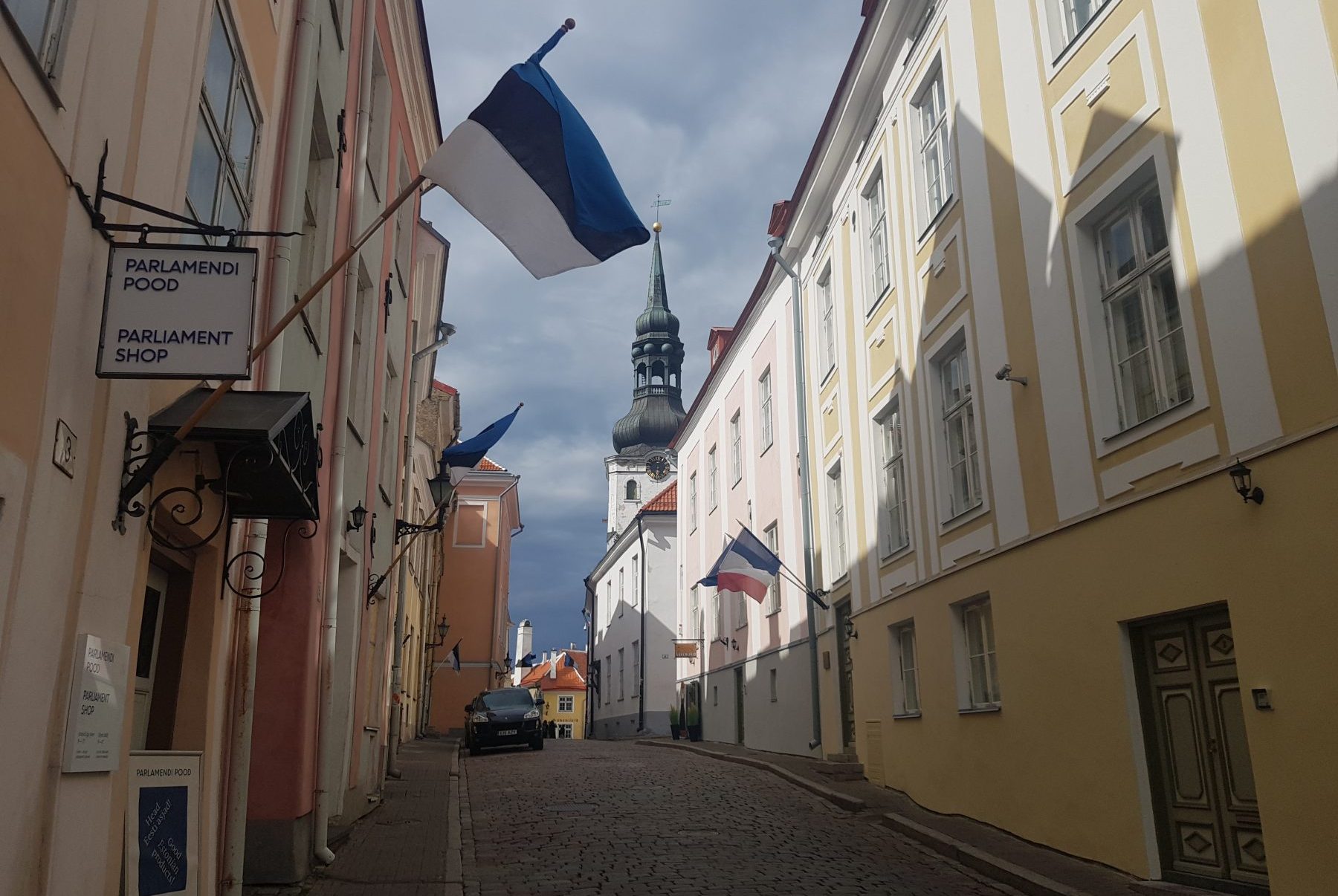 As a foreword, let me stress that you should always do your own research to make sure you know what the particular requirements are for you to enter Estonia. Broadly speaking, there are two types of living permits granted: the ones for EU citizens and the ones for non-EU citizens.

These in turn break down into short-term and long-term permits. Most expats in Estonia will arrive here using temporary permits and then extend them until they can apply for a long-term living permit.

Basically it is very simple: all you need to do is find a place to live and you will be granted a temporary living permit! More on accommodation in the next section. From the Government website:

The official government page for EU citizens can be found here: https://www2.politsei.ee/en/teenused/elamisoigused/

If you’re moving from outside of the European Union, you should determine whether you need a Visa or a TLP (Temporary Living Permit) to enter Estonia. Depending on which you need, you should either visit your nearest Estonian Embassy or visit the Government offices when you arrive in Estonia. Official government page for non-EU citizens https://www2.politsei.ee/en/teenused/residence-permit/tahtajaline-elamisluba/ Information about registering your Estonian residence https://www.siseministeerium.ee/en/residence-procedures 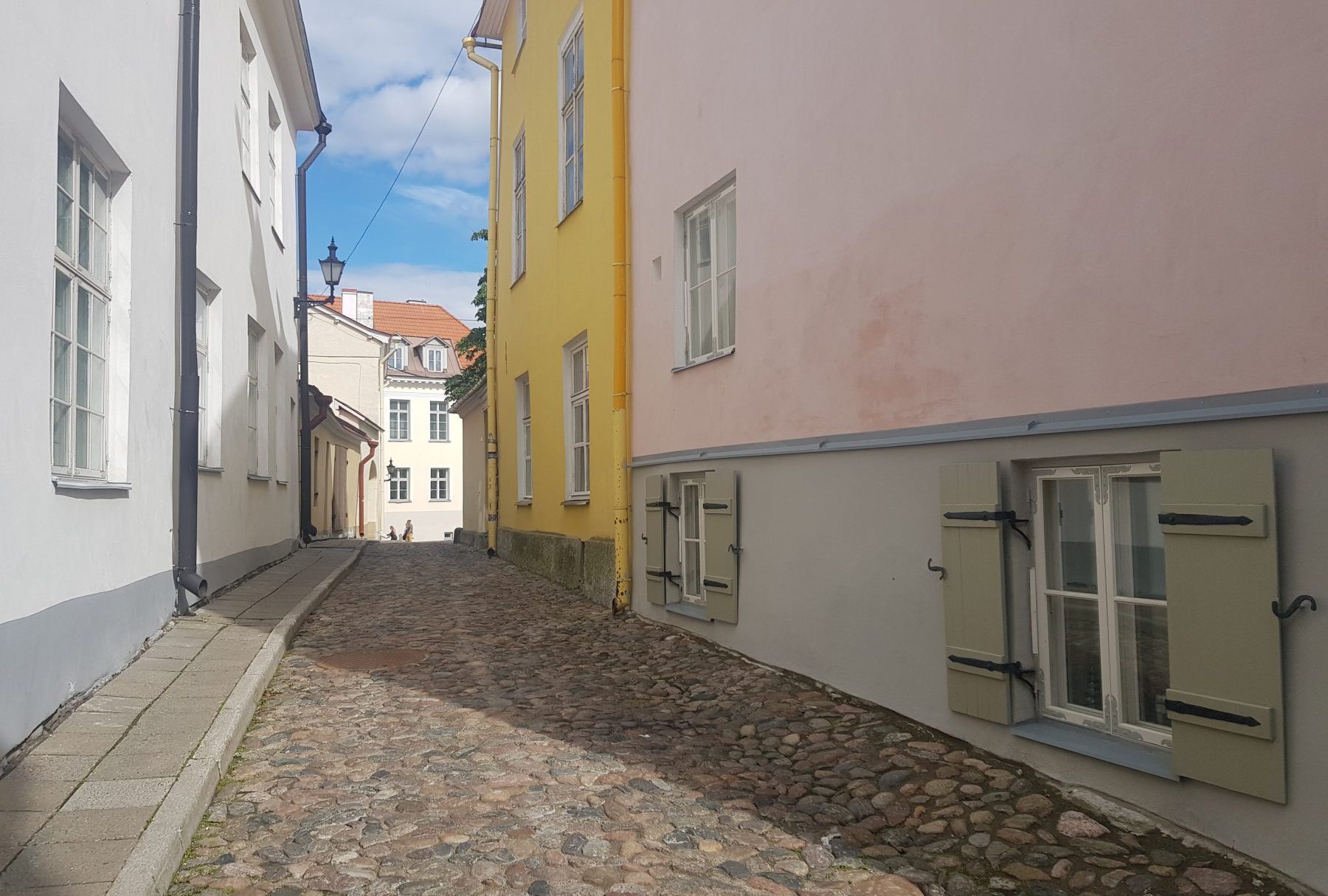 Getting accommodated in Estonia is easy! Tallinn is the most expensive city in Estonia, but the rates for renting apartments are still quite affordable. They are nowhere near as expensive as the rents in capital cities further north, such as Stockholm or Helsinki. Tallinn and Tartu are also split into less expensive areas and pricier areas. A general rule of thumb is to avoid the historical centre of both cities, and look into areas like Lasnamäe and Mustamäe in Tallinn if you are on a budget.

For renting or buying, the places to go are www.kv.ee and www.city24.ee which have a huge database of properties and are available in English. There are both private landlords as well as agencies. Another goldmine is this Facebook group which has private listings of flats and rooms straight from the owners (which means you can skip many administrative fees): https://www.facebook.com/groups/299056793537765/?fref=ts

If you are a student then your best bet is always to contact somebody from the school to assist you in finding accommodation. All of the large universities like Tartu University or Tallinn University offer student dormitories which range in price from about 80 EUR to 150 EUR per month. Information for students arriving in Estonia can be found here: https://www.studyinestonia.ee/en/accommodation

Estonia is a somewhat remote country and the weather reflects this. Estonia has 4 distinct seasons, which means the summers are warm, but the winter is very cold indeed. The temperature goes down to -20 degrees Celsius. Dress warm! Communication in Estonia occurs mainly in three languages. Aside from Estonian, most of the younger generation (people born from 1980 and onwards) speak fluent English. The older generation, as well as the younger Russians, all speak Russian.

The ethnic Russians are the largest minority group. Other than that, Estonia is ethnically unified, meaning that about 70% of the population is Estonian. Many other cultures are represented in the capital of Tallinn, but permanent residence is difficult to obtain, so immigrants are mostly here only for a few years.

Estonia is one of the least religious countries in the world. The official religion is Christianity, but many people do not subscribe to any religious tradition at all.

Things To Do in Estonia

Estonia is a small country, which means that even if you are in the centre of Tallinn or Tartu, nature is always close by. You can get out of either city by hopping on a train and riding for 30 minutes to an hour. You can reach any point in the country within 3 to 4 hours, except the island regions where access would be reliant upon the ferry traffic. If you chose Tallinn as your place of residence upon moving to Estonia, here are some lesser-known spots to visit and things to do:

If you arrive in Tallinn and want to get a good view of the city, visit this church. What makes it special is that to reach the top you must pass through a narrow set of stairs. There are about 300 steps, but do not worry – the view is absolutely worth it and unlike some other viewing spots in the city this one isn’t cluttered with tourists. You can have a private moment with the city!

If you want to get a feel for the local food there is no better place to start than Pööbel. This is a very cosy restaurant with a wide, spacious interior, located in a classic wooden building. The furnishing evokes rural Estonia and the menu reflects this as well, with a wide choice of traditional Estonian dishes. The prices are affordable as well!

If you are looking to avoid crowds and want to see a hidden place, head over to the NoKu Pub.

The front door is locked with a keycode, but you are able to access it if you type in 258.

This is a gathering spot for local artists and bohemian types. They serve beer as well as some food, but primarily it is a place to visit for a super relaxed atmosphere and quiet conversation. 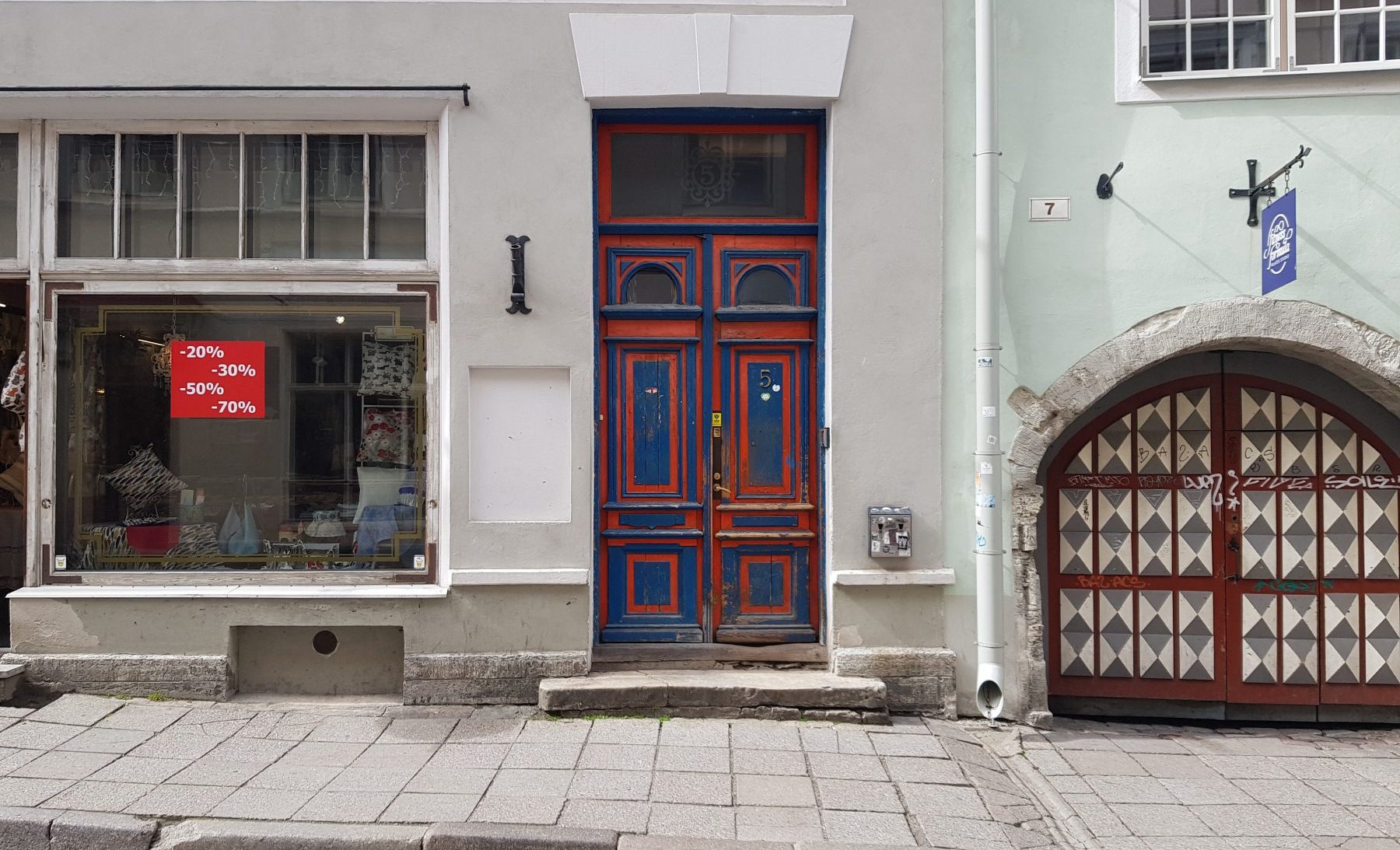 For some, this may fall under shock tourism, but if you want to see a true slice of history and the legacy of the Soviet occupation of Estonia, you definitely need to head over to the Lasnamäe district of Tallinn. Lasnamäe is a brilliant maze of brutalist architecture – a whole district built onto slate and built out of tall concrete buildings which were meant to house the Soviet workforce. The whole area is quite unlike anything that people from outside Eastern Europe have seen, and looks a lot like many cities in Russia. The area is relatively safe, but not a place that tourists normally go. If you take public transport and use bus number 67, you can take a trip through the whole region and circle back into the city centre. The contrast between the German architecture of the historical old town and the more modern Lasnamäe is an amazing sight. Check it out!

The information provided in this article is everything a person that just moved to Estonia (or plans a future relocation) needs to know. Most of Estonia’s government services are online, so dealing with any further bureaucracy shouldn’t be a problem. Information is always readily available. The people here aren’t the most sociable bunch though, so if you are ever in need of help you will need to take the first step in communicating with the locals. They will appreciate you for it! Good luck!

Questions of social insurance, pensions and health care in Estonia are paramount when…

Language in Estonia Estonian is the official language of Estonia, but the North and South…

Relocating to Estonia from the UK