The Black Forest is a beautiful, scenic area located in South-Western Germany. The area is abound with loads of footpaths and cycle routes. Furtwangen im Schwarzwald is one of the cities in the Black Forest, in 1873 Furtwangen was given the right to be called a city. One of the major attractions in Furtwangen is The Breg, it’s a small stream which, travels from the mountainous areas around Furtwangen, it flows down through the city, it meets with two other rivers which unite to form the river Danube. 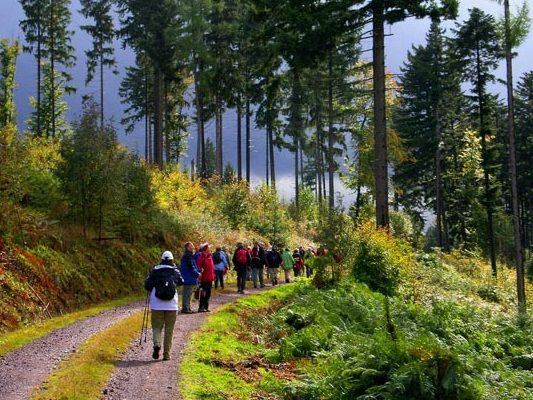 There is a University of Applied Sciences situated in Furtwangen known as The Hochschule Furtwangen University it specialises in various subjects like: medical and life sciences, computer science, microelectronics to name a few. Also situated beside the university is Deutsches Uhrenmuseum (German Clock and Watch museum), the museum is stocked with both modern and historical watches and clocks on display to be viewed.

The Black forest belongs to the state of Baden-Wurttemberg. Other cities to visit include: Freiburg, Bonndorf im Schwarzwald (famous for its Shrovetide museum), Villingen, Schiltach, Gernsbach, Gersbach among many others.

There are many sites to explore in the Black Forest, one way of exploring the region is by train, the train line from Donaueschingen to Offenburg passes right through the forest, and offers some outstanding views. Majority of trains on this route are double-deckers, so you’re guaranteed a better view of the scenery if you are on the top deck. Visitors who wish to explore by train can purchase tickets which are usually valid for 24 hours, this allows you to visit many of the cities and towns of interest. A tourist travel pass allows you travel within a 35-mile radius, and bus excursions allow you to reach Strasbourg or Baden-Baden.

For those who enjoy outdoor swimming, as a sport or for recreation, you can indulge yourself in various open-air pools with added slides in the Black Forest area. However, for the real out-door swimming experience, a lake is a great idyllic spot for a swim. Lakes such as Titisee and Schluchsee and Constance are popular with out-door swimmers and visitors who enjoy the serene and calm environment.

Some interesting towns that are popular with tourists are the glamorous  spa town of Baden-Baden; the old university town of Tübingen; Freudenstadt boasts of the largest market square in Germany and galleried shops where you can purchase many souvenirs and interesting gifts.

You might live by the famous German Black Forest, in order to do so, book a cheap removal to Germany.

The rate of joblessness in Germany is immensely high,…

Angela Merkel Upstages Them All. She is tall, blonde and curvaceous with cornflower…