Sanremo is situated in Italy and it is famously referred to as the City of Flowers, so probably this could be the shortest answer for question “What is Sanremo famous for”. Sanremo was initially established by the Romans, soon after the fall of the Roman Empire, different groups and tribes occupied the area such as the Saracens and Normans. Sanremo has a long rich history, during the 18th and 19th century, the town was a popular social centre, with an influx of foreigners turning the town into an upscale and opulent resort. In 1905 an enormous casino was opened in Sanremo; likewise the erudite composer, Tchaikovsky composed ‘Eugene Onegin’ in Sanremo in the 18th century.

Sanremo is still an animated, beautiful coastal town, majority of the medieval architecture have become tourist locations: The Sanctuary of Madonna Della Costa was constructed around the 17thand 18th century on top of a hill overlooking the town; The Bussana Vecchia is an old village situated on the hill-top, it has been converted into artist’s workshops and studios and houses the needs of artists and open to the public; Piazza Bresca is a seafront square, it is an old fishing village, with a plethora of restaurants and pubs to cater to different gastronomical needs. Other popular destinations in San Remo include: Russian Orthodox Church (San Basilio), La Pigna, Villa Nobel and Gardens, Pista Ciclabile Area 24, San Remo casino, Mike Bongiorno statue, Tre Ponti, Bagni Paradiso among many others. 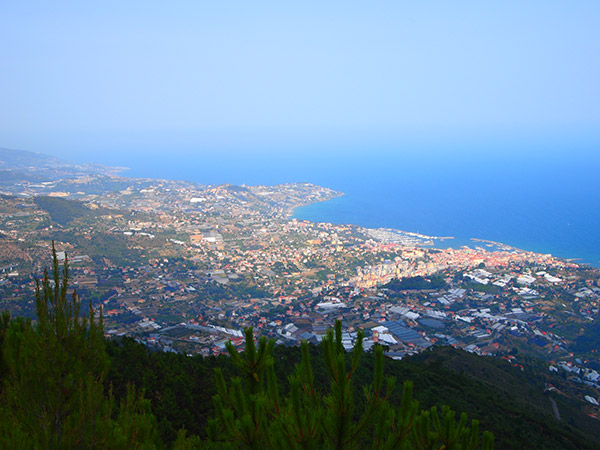 Sanremo, Italy– Photo courtesy of Lars Berbusmel (Mr. B of the North, Flickr)


There are tons of majestic and breath-taking villas in the San Remo area, the charming architectural diversity and grandeur of the buildings and their gardens contribute to the beauty that San Remo is famous for. The nearest airport to San Remo is located in Nice, France; this shouldn’t be a cause for concern as San Remo is about 25km from the border with France. There are ample and constant bus links from the airport in Nice to train stations in San Remo with an estimated journey time of about 60 minutes plus.

Similarly, travelling to Genoa, Italy by air then boarding the train to Sanremo is about three hours journey time. If you prefer to use a rental car Sanremo is located conveniently along the main Italian Riviera coastal highway, the A10 Genoa-Ventimiglia.

Sanremo is blessed with very mild-warm climate, the many surrounding mountains protect and shield the town from most adverse weather approaching from the north, thus experiencing a warm Mediterranean climate; often times the days are warm and the nights and mornings are cool.

Apart from tourism, the city is equally famous for the production of extra virgin-grade olive oil. The olive oil produce is an important agricultural commodity in western Liguria and the province of Imperia. Also, the cultivation of flowers is a thriving part of the town’s economy. The city is inhabited by about 57,000 people, there are many fun activities to do as the city is located on the Italian Riviera. Many water lovers are in for a treat. There are series of cultural events hosted in the city such as the Sanremo Music Festival and the Milan-Sanremo cycling classic.

What was written above is only part of the attractions Sanremo if famous for.

Click the following link to get a free quotation of cheap removals to Italy, it only takes a few seconds.

Mount Etna is famed for being Europe’s tallest  at 10,922 feet high at…

If you are moving or relocating to Italy, it is important…