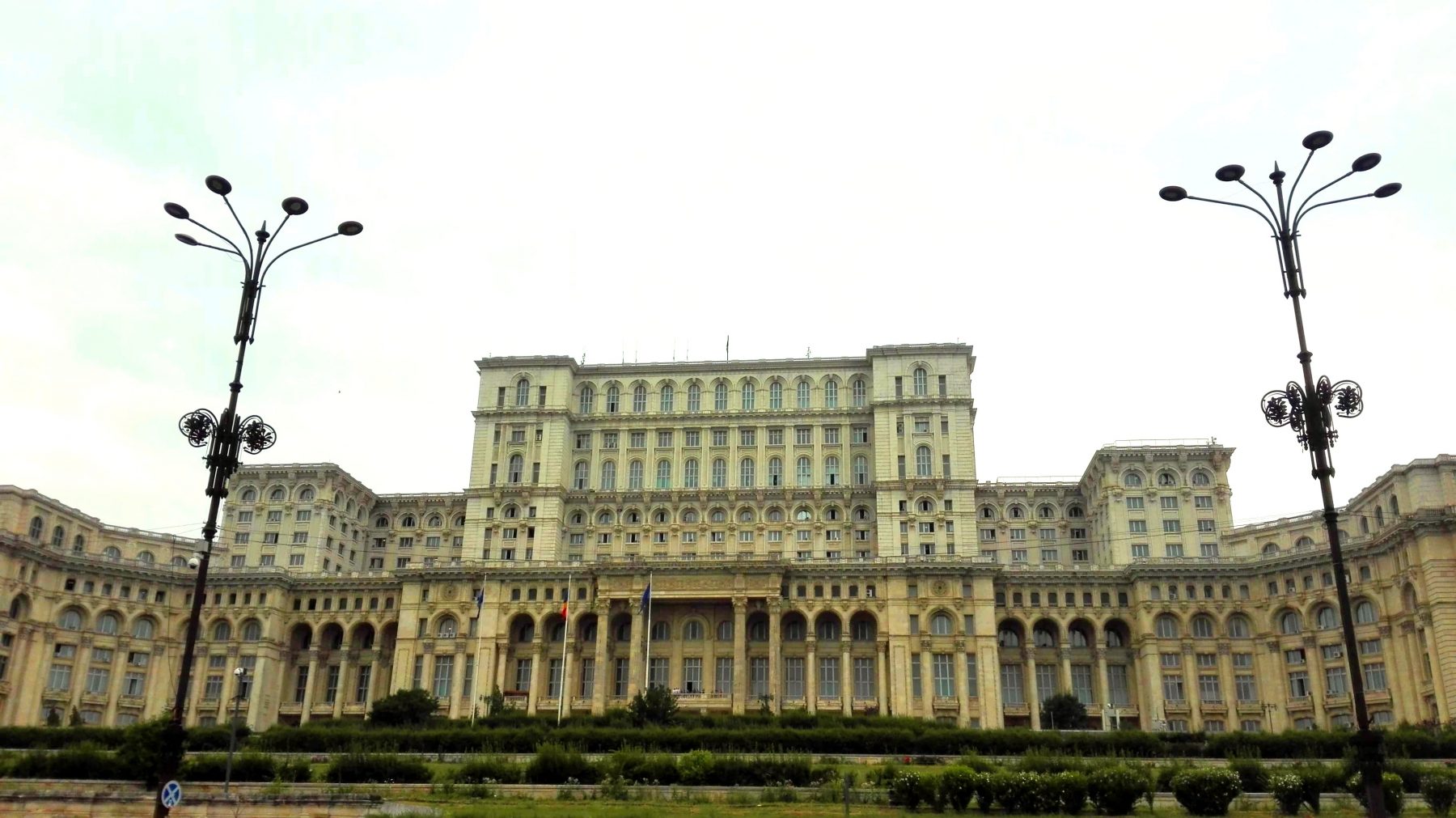 The People’s House – now The Palace of Parliament, was the height of communist architecture. Its colossal size makes it second only to the Pentagon as it has 1,100 rooms. But 70% of it is empty.

So you are considering moving to Romania – the land of vampires, Dracula, garlic, communism, bad roads and horse-drawn carriages… Hold on! What if we told you that all those things are actually stereotypes, and don’t really hold true at all? Romania is the land of super-fast internet, very good food, and, yes – beautiful women! (That stereotype is, in fact, true.)

This is what every tourist gets to experience when they visit Romania – the gate to the Orient. But since you read an article about Romania on a removal company’s blog, you are likely considering moving there. The experience of a tourist visiting for a couple of days and one of a person who actually lives there is vastly different. So what should you expect if you want to move to Romania? Well, there will be a lot of things you’ll love – and a few you’ll have to get used to. Here they are!

Compared to other countries, Romanian cities are alive around the clock. This means that supermarkets are open every single day until 10 p.m., restaurants stay open until 11 or 12 p.m., while bars and clubs have an ‘open until the last customer’ type of policy. Anything you want or need – you can get it at any time! 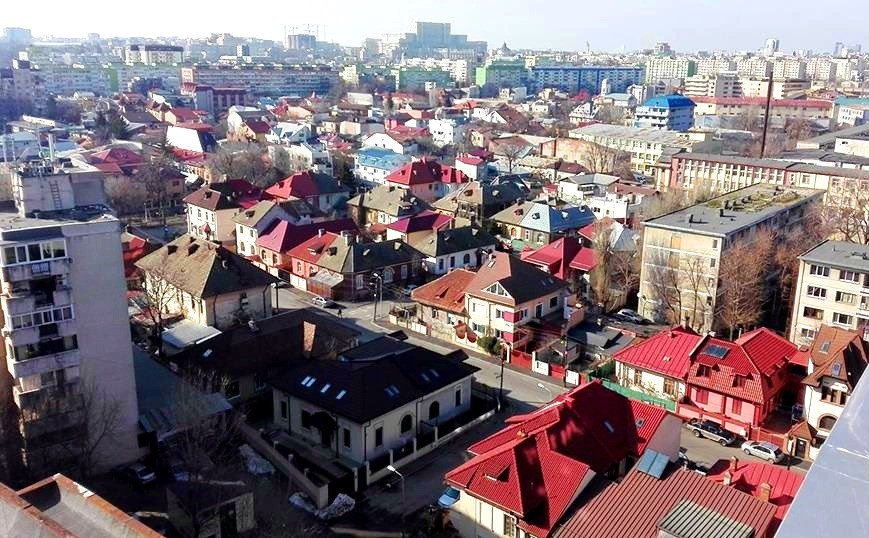 View of Bucharest from above – Romania.

One of the main misconceptions about Romania is that, somehow, it’s trapped in some bizarre third world country scenario with no internet or electricity. Wrong! Romania has the 7th fastest internet speed in the world. That’s faster than the United States!

If you move to Romania and get a job within the system, you will enjoy all the national holidays. And there’s a lot of them! You will get no less than 19 days off!

Romanian food is a mixture of oriental and Balkan dishes that accommodate both meat lovers and vegetarians/vegans alike. Given the fact that Romanians go through extended periods of fasting, due to their religious beliefs, they have learnt to celebrate vegetables in a way most vegans have never dreamed of!

But you will also find a huge selection of international cuisines in the shape of restaurants, food trucks, take out places, and even in supermarkets if you suddenly feel homesick! 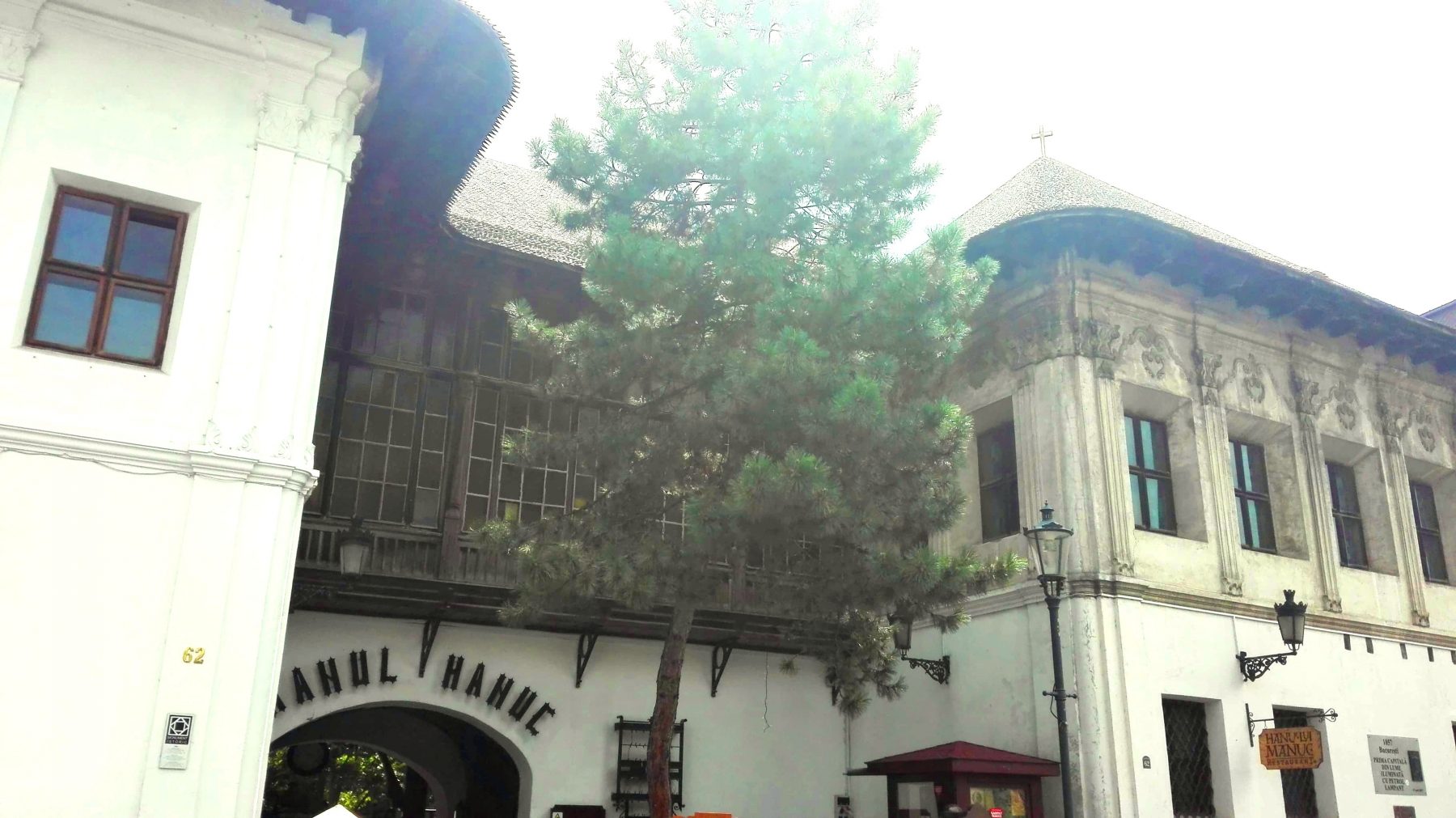 Manuc’s Inn is one of the oldest in Europe and still functional today after more than 210 years, Bucharest, Romania

Romania opens onto the gorgeous Black Sea through a series of well-catered resorts that function during the summertime, such as Mamaia or Vama Veche. But it’s also home to little towns which are dedicated to skiing in the Carpathian Mountains, such as Brasov.

Are you in love with music? Great! You can watch your favourite artists such as G-Eazy, Dua Lipa and Ed Sheeran perform during the festivals that take place in the heart of Romania – such as Neversea, Untold, Jazz in the Park, and, in the middle of Transylvania, Electric Castle – plus many more. You’ll never get bored in Romania! 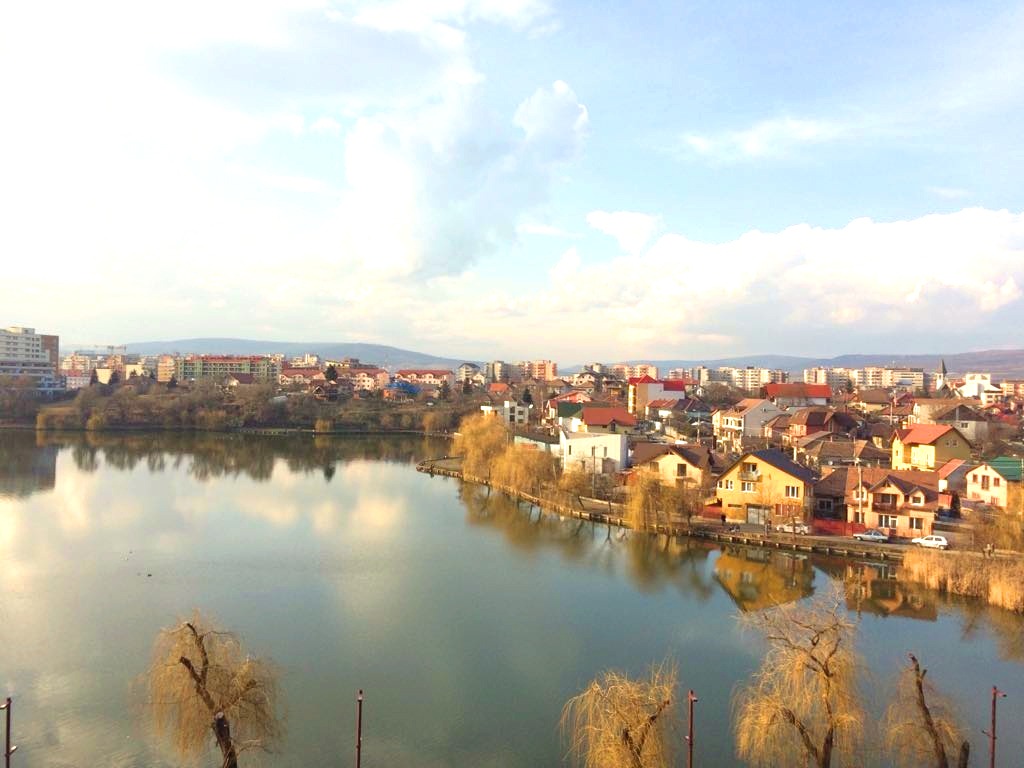 From standing in line at customs to standing in even longer lines to get a package at the post office, Romania has not exactly streamlined its bureaucratic system – so arm yourself with as much patience as you can muster!

The biggest problem with Romanian bureaucracy is that it has not evolved beyond traditional folders and files. Therefore, if you need to pay your taxes, get a health insurance or register your car, you will first have to collect all the forms necessary from all the offices in charge around the town where you live. Then you will have to fill them in by hand, pay the fees in specific places (not online) and put them in a special type of folder. If you don’t have the folder, they won’t be accepted.

When you’re done, you can actually go down to your office of interest where you will meet with a number of officials, each doing a small job – putting a stamp on your folder, accepting your payment, giving you a receipt, etc. The frustrating thing is that it’s extremely easy to make mistakes, and then you have to start all over again!

When it comes to the laws of moving to Romania, things are as follows: you can visit the country for 90 days over a period of 6 months. However, if you wish to remain, you will have to get a work permit to be allowed to live there if you are an EU citizen – or a visa if you come from outside the EU. The situation is still unclear in cases such as the UK, until the matter of Brexit is decided. 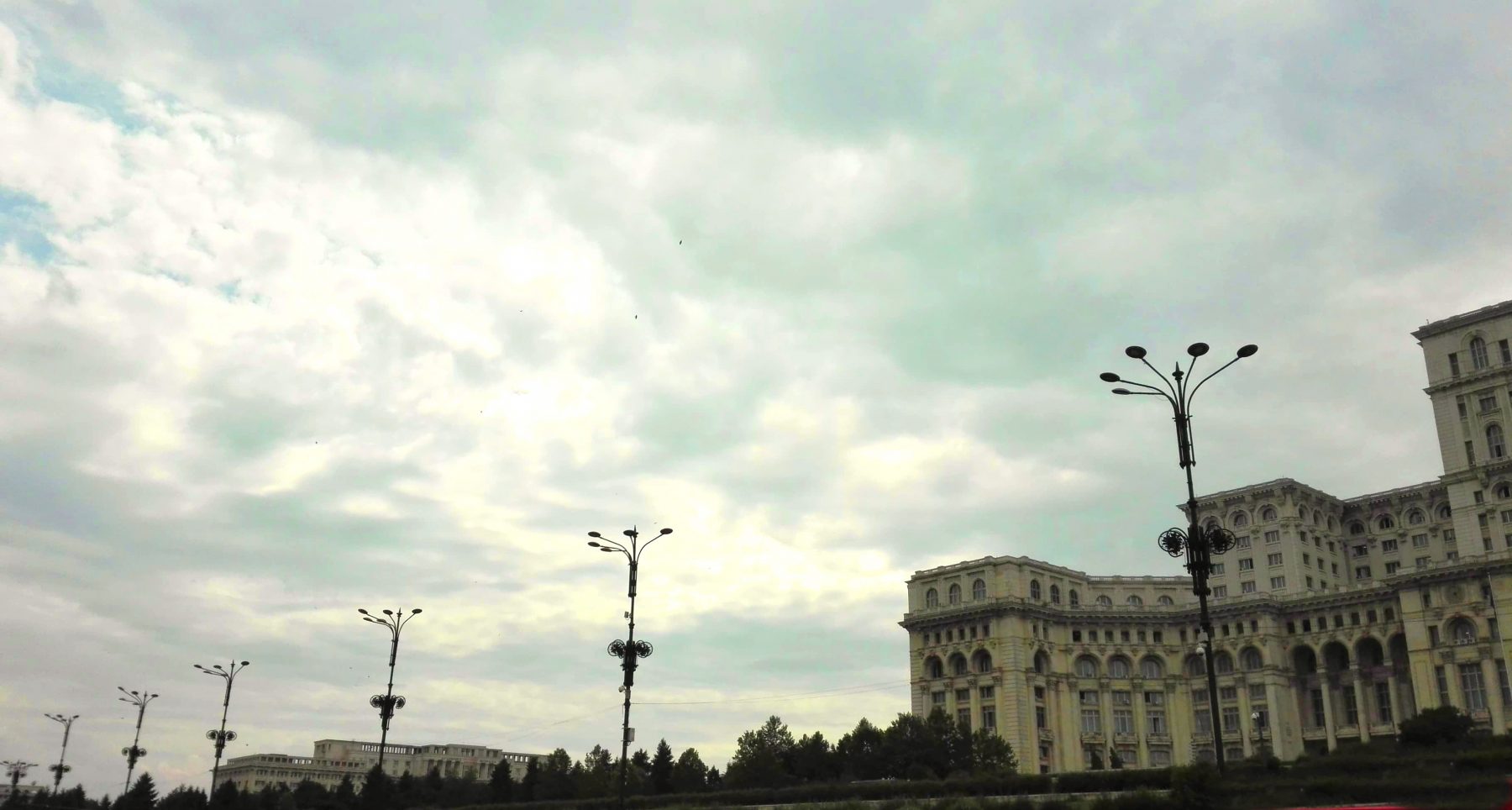 The Palace of Parliament and, in the background, the Romanian Academy

The best way to describe the Romanian language would be as a mixture of Latin, Italian, and a bit of Russian – with a few Turkish words thrown in there for good measure, thanks to it being occupied by the Ottoman Empire.

Does that sound confusing? That’s because it is. Romanian is not an easy language to learn. It involves convoluted grammar, difficult pronunciation, and a set of extra letters in the alphabet.

However, you’ll be pleased to find out that almost everyone speaks or understands English! The English language is a compulsory course in the Romanian educational system for all children, starting with the second grade. 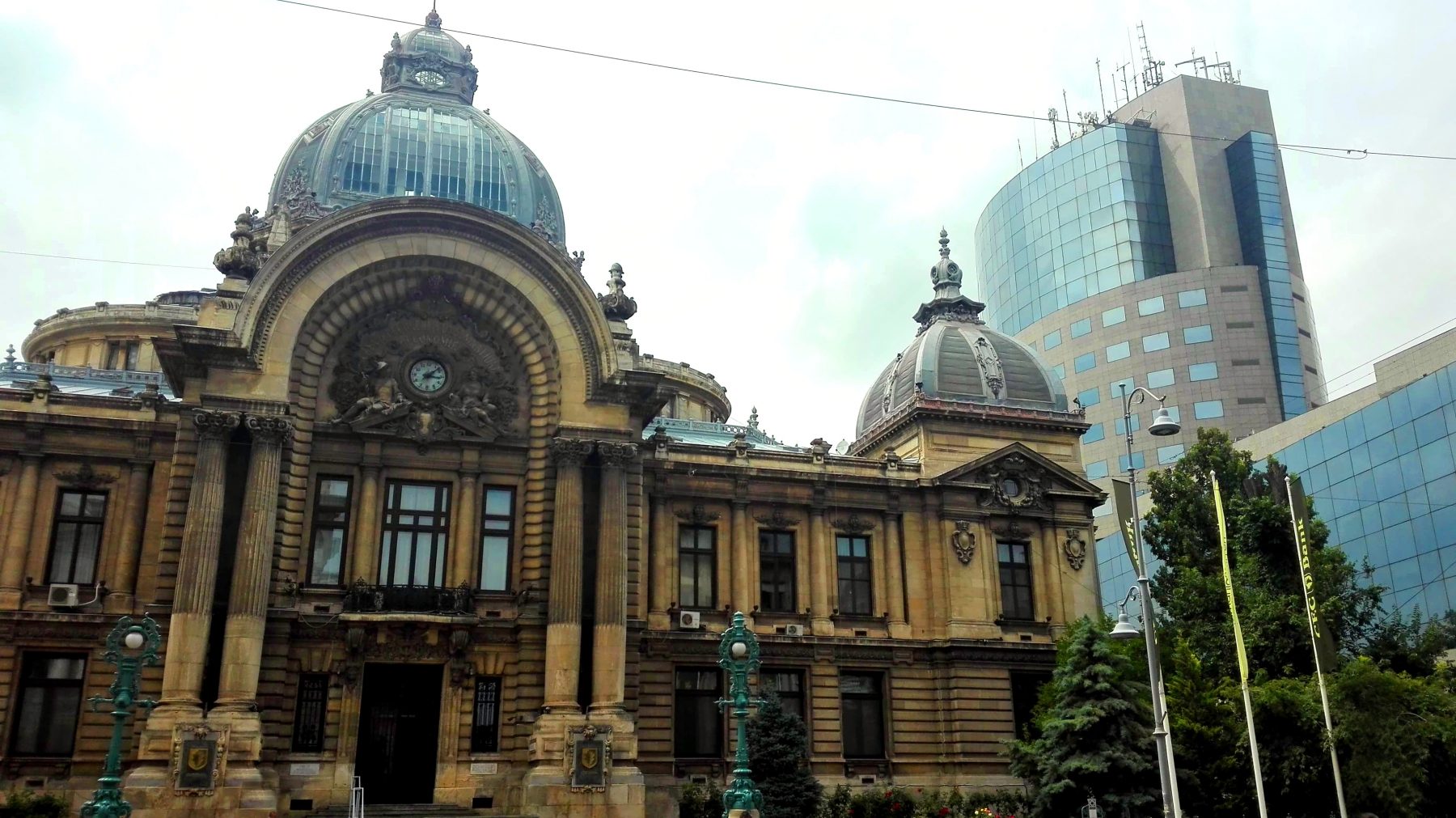 While some local customs are easier to understand and follow, such as Romanians rushing to the seaside to celebrate the 1st of May, others might need some getting used to. This includes such traditions as the age old ritual of dressing up in bear and goat costumes for Christmas. Romanians also exchange metallic charms and presents on the 1st of March, to celebrate the beginning of spring.

The stereotype is that Romania is a cheap country. That’s true if you’re a tourist. However, people living and working in Romania often complain about high prices. Is that confusing? Look at it this way.

If you’re a Brit, for example, and moving to Romania, you will find grocery prices extremely low. A carton of organic eggs is the equivalent of £2, while organic milk is roughly £1.5. Organic, high-end, fair-trade, imported chocolate costs around £2.5, which seems like a bargain for someone travelling from abroad. Evidently, traditional non-organic products are even cheaper. Buying or renting a house or a flat in Romania (if you put all legal matters aside) will also prove to be extremely affordable compared to British standards.

However, your perspective will change if you get a job in Romania. The minimum wage there is approximately £240. Most salaries are quite low, many people only earning between the minimum wage and £400 per month.

Romania is one of the most religious countries in Europe, if not the world, and that comes into play in every aspect of life in the country, from politics to schooling to day to day living. So get ready for religious parades down main boulevards!

The main religion in Romania is Christian Orthodox, with over 87% of the entire population following it. A minority (4%) of individuals are Catholics, while the rest of the percentage is represented by Adventists and Baptists.

The Orthodox religion is compulsory in schools and is the only one taught. Given the fact that Romania is such a religious country, you might have a bit of trouble practicing your own faith if you move there!

One of the curiosities is the Church of St. Anton. It sits in the middle of Bucharest, where infamous Vlad Tepes’ royal court once was.

So, what do you think? Is moving to Romania going to be a breeze – or are you looking for another destination? It’s definitely going to be an adventure!

Relocating to Romania from the UK

Several fun facts, tips and go-to locations for you, if you…

Social Life and Traditions in Romania Romanians are known for their hospitality and generosity, and…